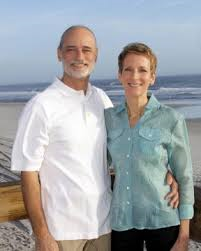 I was raised in Huntsville, Alabama and attended Auburn University where I earned a Bachelors degree in Electrical Engineering. I have over 15 years experience in Project Management, including experience leading international development projects for Motorola. For the last 15 years, I have worked with local nonprofit organizations and I am currently employed as a National Volunteer Specialist for the national animal welfare nonprofit Best Friends Animal Society.

I have been married to my husband Jim for 29 years and we have been residents of Jacksonville Beach for 18 years. Jim grew up in Jacksonville Beach and graduated from Fletcher High School. I enjoy travelling, sailing, running, yoga and fostering shelter dogs and helping them find wonderful forever homes. 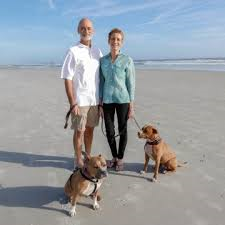 For the last 20 years, I have been actively involved in Jacksonville Beach issues because I care about our special beach community and I want to see it remain a great place for us to live, work and play.

As the Founder and President of the nonpartisan civic organization Beaches Watch, I have made a difference in our community by organizing community conversations and educating and engaging citizens in the issues that impact our quality of life.

Prior to my election, I led the following community efforts:

I have also been involved in the following:

I am honored to have received endorsements from these outstanding community leaders: